Tollywood actor Allari Naresh scored a decent hit with Naandhi in 2021. Directed by Vijay Kanakamedala, the movie has made Naresh taste success after many failures. 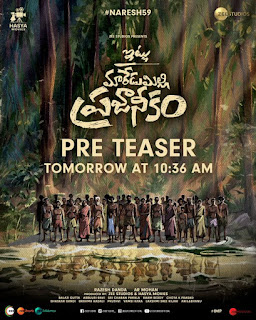 Now, the duo has joined hands for another movie. The makers of the movie have announced the film today and released an announcement poster which looks intense.

Sahu Garapati and Harish Peddi of Shine Screens are the producers of this movie. Billed to be a new-age action thriller, the movie will commence its shoot soon. More details about the cast and crew will be unveiled soon.